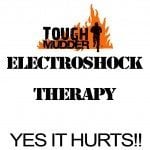 Don't want to listen to my rant??? Go to the bottom for the video 😉

My answer to this is now… no it won't kill you unless you have some heart condition, but it will hurt and you may black out for a second. I know I did!!!

First OFF – How Much Voltage Really Runs Through These Obstacles?

Now The Best Part Of The Race!!

Shakeology Review - Everything You Need To Know!

O.K. Straight To The Point! Read Below Or Click A Link To Get Specific Info Please don't ask me why I have a Taylor Swift gif over there >>> OK ask me fine! If you are on this page then you are looking for information about Shakeology and that is great! I am here to give that to you.  I just get so many haters on the site bashing ...