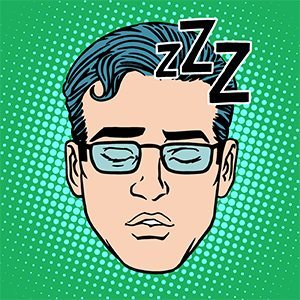 Sleeping is an integral part of our daily routine. This is because it is important for a couple of reasons. Sleeping helps us get energized, be in a more positive mood, perform better and Think clearly and more effectively among numerous other advantages. Most people believe that sleeping is a passive activity and that point of view is just plain wrong. Sleeping is a normal and cognitive process that is of vital importance.

On average an adult needs around six to ten hours of sleep, but that is an average figure. The actual amount of sleep needed varies from person to person. A common indicator that one is getting enough sleep is when you sneak in more than two hours of sleep extra on the weekends. Try increasing the amount of time spent sleeping and one will definitely feel a difference.

Not sleeping enough can have a number of consequences. These might affect your emotional or physical health. More commonly known problems are being prone to illnesses such as cold and flu, increased weight gain, reduced academic performance, mental issues like anxiety and/or depression or feeling stressed out way too often.

Sleep deficiency can cause several issues, including reduced immune system and many people are unaware of this fact. This means that the ability of our body to fight off common disease and infections is lowered significantly and causes increased chances of getting respiratory infections such as cold and flu, which in turn makes one feel down. Chronic lung and heart disease and increased blood pressure has also been linked with sleep deprivation since both organs are adversely affected by sleep deprivation.

There are also general side effects of lack of sleep such as, reduced brain function, attention span, mood and reaction times. This is also why the lack of sleep is also responsible for significant amount of road accident caused due to drowsiness.

Physical health is not the only thing that is affected by the lack of sleep, it can also cause mental health issues such as depression, anxiety and stress. Depressions causes insomnia which is characterized by less than 6 hours of sleep, regular fatigue, and finding day to day activities extremely tiresome.

Sleeping also improves the academic performance among students that are still in the process of obtaining their education. According to a survey conducted at the University of Georgia, one out of four students indicate that sleep deprivation has somehow impacted their academic performance. This might be in form of either lower grades than normal, failing to arrive on time for a paper or withdrawal from class. It is a general trend that most students rely on the night time to cope up with their studies and this tends to consume their available sleeping time. However more likely than not, puling an all nighter or cramming in on the last moment has often been more counterproductive. This is because sleep deprivation cause reduced amounts of the very qualities that are required to perform well, such as recalling, attention and alertness.

Thus therefore sleeping is an important part of our lives and understanding its purpose and how it works helps to better plan, effectively use it as a tool for better performance rather than viewing it as a mundane and passive activity. Proper sleep leads to better health and there isn’t anything more important than health.

Update September 2022: Does FF30X Still Work? Do I Still Use It? You might be surprised! Hey guys! First off here is the deal! Any workout you stick do and follow through with will typical work! There is no "Magic Bullet" out there, but afters years of working out and trying different workouts... here is what I will say... Having a plan is essential... ...