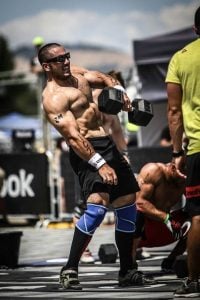 Jason Khalipa is a level 2 Crossfit Certified Instructor and competitor. He is certified for Crossfit Kids, Crossfit Running and Crossfit Powerlifting. Khalipa graduated from Santa Clara University with only one aim in his mind; to open a gym and help people train and live a healthier life. This is why Khalipa now also works as a Crossfit HQ coach who travels across the world to help train the trainers of Crossfit. In 2008, Khalipa won the Crossfit games and in 2009, he finished at the 5th position. He then set out to form the Crossfit Santa Clara who he still runs and manages. Before Crossfit Santa Clara, he was a trainer at Crossfit Unlimited. He was introduced to Crossfit in 2006 by his friend Austin. Before he knew about Crossfit, he was still training hard. But after finding about Crossfit, it took him about 6 months to get used to the insane routine of the Crossfit program.

Khalipa keeps his training sessions realistic, so his exercise volume is basically designed to increase work capacity. For example, a typical day in Khalipa’s life include a 315 pound back squat for 10 minutes every 30 seconds or 10 pushups ever minute while he increases the weights every five minutes.

Well I have to say that the wait for Insanity Max 30 was worth it. I just finished up the first workout Cardio Challenge! In the build up I had a lot of people from all over the world asking me about getting it especially from the UK! Well I have some good news! Insanity Max:30 Is Now Available In The UK!! "FREE P & P"   Max 30 Video ...