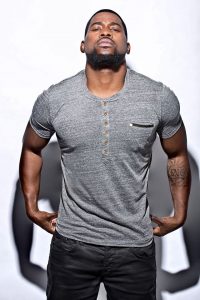 I know for me being in a routine is very important. When I travel, or am out and about my fitness routine can definately struggle. I admire famous people that are on the go constantly and make the time to take care of their health! David Banner is one of those guys!

David Banner is an American rapper born on April 11th, 1974. Along with being a rapper, Banner is also a record producer and has also appeared in select acting roles. Banner, who was born in Mississippi, after completing his masters, started his career with the rap duo Crooked Lettaz and later on went solo in 2000 to pursue his own career and launch his first album Them Firewater Boyz Volume 1. David has several albums under his record including the Mississippi: The Album, MTA2: Baptized in Dirty Water, Certified and The Greatest Story Ever Told.

Banner has also produced some big hits in the past such as T.I’s Rubberband Man, which ranked #30 on the Hot 100. David Banner also appeared and featured on a song about Hurricane Katrina “Seein’ Thangs” among various others.

Hard To Eat Healthy On The Go?

Having  A Coach & Support Is A Huge Help!

The health benefits David Banner got after losing weight and getting fit were immense. David Banner revealed that not only does he look and feel healthy, he no longer has sleep apnea and diabetes. Moreover, while the doctor ruled that the high blood pressure Banner had was more genetic, that has also been brought down to regular levels through exercise and weight loss.