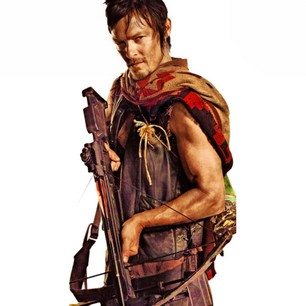 Actor, director and model, Norman Mark Reedus is most famously known for his portrayal of Daryl Dixon in the famous TV show The Walking Dead. In the past, Norman Reedus played various other hit roles such as Murphy McManus in the movie The Boondock Saints and its sequel. Norman Mark Reedus has also worked with top fashion designers as a leading model in several campaigns.

How Norman Mark Reedus Does It?

Even while shooting at nights, Norman punches, stabs and runs to maintain his lean body. Norman has a huge preference for cardio and therefore he also jumps rope and swims a lot. Moreover, while he is shooting, he goes to his trailer and does sit ups, pushups and free weights. According to the actor, he does all this to ‘stay lean and active looking’. 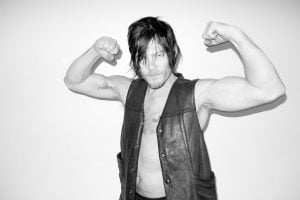 While staying away from the bad foods and going for the organic ones is something we have all heard from nearly every diet expert as the key to losing weight and staying fit, it is easier said than done. However, according to Reedus, this can be achieved with simplicity and ease by planning meals in advance.
Moreover, another important thing he does that helps him stay fit is eating less beer, less pasta and less bread. He also has cut Starbucks though he apparently loves it! Norman also has a habit of staying away from sugar.

A busy schedule, a strenuous workout routine and constantly saying ‘no’ to the badness your body wants is not easy and Norman does agree. However, Norman Reedus keeps himself hydrated at all times with water and some kind of Emergen C drink.

And He Is A Nature Person Too

Norman On The Walking Dead

The old abs! The Six Pack! Something many people getting in shape thrive for and get disappointed when they do not see that shredded 6 pack. It is a true sign of being in great shape, but just because you do not have a 6 pack does not mean you are in shape. We all have a six pack they are just buried under fat. Good exercise and especially diet are ...