Mark Wahlberg Workout | How Does He Do It? | Super Sets

When it comes to Hollywood superstars, Mark Wahlberg is a name no one can forget. The American actor is best known for his ability to take on almost every role put in front of him. He started his career as a rapper with the help of his brother. From there on he took on a modeling contract with Calvin Klein which earned him a lot of fame. After his downfall in the rapping career, Mark Wahlberg finally gave up on his singing career when his second album completely flopped. But that did not stop the star from going forward.

Mark Wahlberg started his Hollywood career by appearing in Renaissance Man (1994). His second performance in The Basketball Diaries (1995) really earned him respect in the Hollywood. From thereon he took on many different roles that earned him a lot of fame. 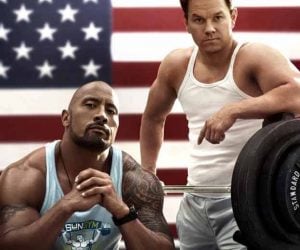 Up until now, Mark Wahlberg as an actor has taken roles such as a boxer, detective, stalker and a body builder. His most recent successful role was in the film Pain and Gain where Wahlberg played the role of a body builder alongside The Rock.

Mark Walhberg’s latest role of a body builder demanded a lot of effort from the star. He had to gain around 40 lbs just to be able to work for the role and he did that in 7 weeks. Today we are going to look at his workout routine to give you an idea how you can also gain 40 lbs of lean muscle mass in 7 weeks time.

Mark Wahlberg also made sure to lift as heavy as he could and eat as much as he could. According to him, he ate almost 11-12 times a day to gain 40 lbs of muscle. Most of his workouts were based on lifting really heavy weights with 4 sets of 8-12 reps each.

Here are how his workout days were:

As mentioned above, Wahlberg made sure to follow a super set routine. So he did the arms and chest workout together before doing the abs workout. He would usually start with the chest and arms workout in the morning and then continue with the abs workout and light cardio in the afternoon.

Back, legs and Biceps

Wahlberg started off with his back and legs in the morning and continued with his legs workout in the afternoon with a little bit of cardio at the end. Here are the exercises he chose for this day:

Wahlberg handled his full body workout with the help of circuit training. He would pick up random exercises from the three 2 workout days and mix them to create a unique workout. You can do the same by simply selecting one or two exercise from each muscle area and completing them with 4 sets of a circuit.

On Saturday, Mark Wahlberg returned to his Tuesday workout routine while replacing Biceps with Abs. He did all the exercise from his abs routine and moved them with Legs and back.

While following this tough routine set by Mark Wahlberg, don’t forget to sort your diet out. Mark ate as many as 10 to 12 meals a day to gain this much muscle weight. If you are also planning to gain a lot, just make sure you follow the routine and clean your diet.

Also be sure to check out his new family show Walhburgers which I have been enjoying https://www.aetv.com/wahlburgers